Last year, I chronicled my first experience with Ba Bao Cha (八寶茶) (eight treasure tea). It is a blend of green tea, rock sugar, and eight different fruits and/or flowers and is a relatively popular beverage in certain parts of China. According to Google Analytics, my Ba Bao Cha post has brought more random searchers to this tea blog than any other post.

After reading my original review, my good friend and tea industry contemporary, Tiffany Picard, sent me 19 single-serving packets of different Ba Bao Cha blends. Because I am very seldom in the mood to drink flavored or sweetened tea, I decided that I would brew one packet every year around Christmas time.

This morning I decided it was time to try one, so I fired up the kettle and grabbed a gaiwan. Last year I used a larger teapot and omitted the sugar during brewing... but this time I emptied the entire contents of one small packet into the gaiwan (which is the traditional way to do it).

This was what was in the one packet that I chose to brew. 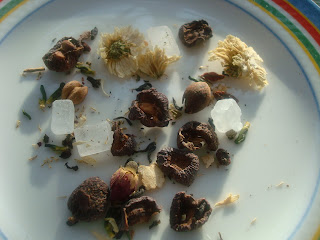 Steeping in the gaiwan. 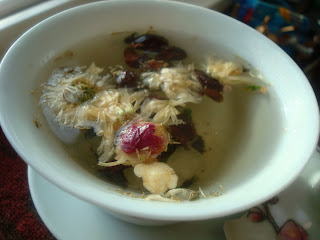 I steeped the blend for 3 minutes with boiling water and then strained it into a decanter. I sipped it cautiously and noted its heady, perfume-like flavor. It is very sweet and fruity. My 22-month-old daughter, who is used to sampling a tiny bit of my tea, asked for a taste, so after it was cool enough I gave her a little sip. "Funny Tea!" she exclaimed. That cracked me up and we ended up talking about "the funny tea" for the rest of the day.

It tastes as "pretty" as it looks. 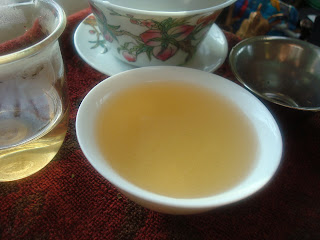 Keep in mind that Ba Bao Cha is not really "tea," it is a sweetened herbal beverage containing a little bit of tea. There are some people who believe the herbs it contains are particularly healthy or curative. While I can't speak to that, I do believe that it is much healthier to have a cup of all natural Ba Bao Cha than it is to drink soda or Kool-aid.

I steeped the Bao Bao Cha one more time and it was not nearly as good as the first brew. After a few more sips I started playing with the herbs to see just what I was drinking. 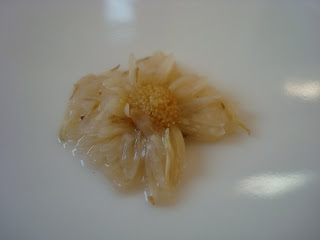 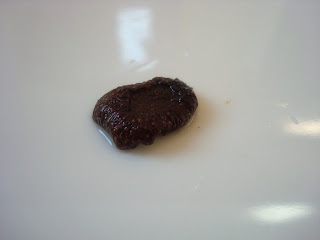 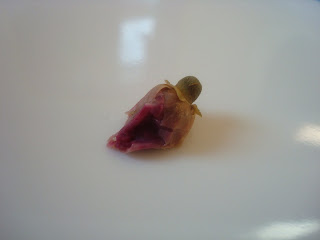 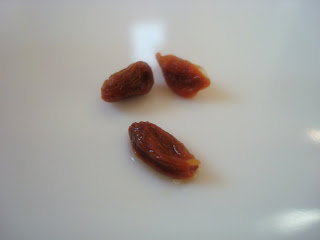 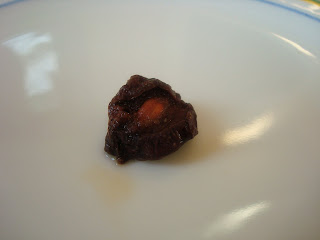 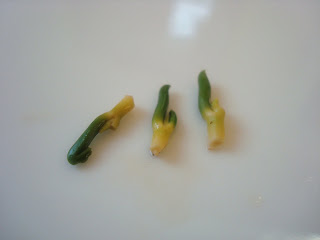 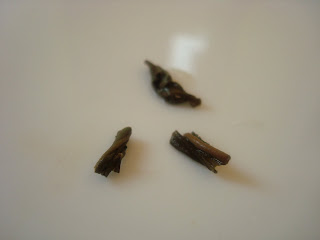 one lonely nut of unknown name, 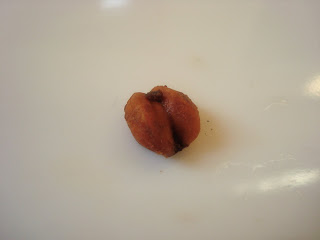 and an empty, mysterious pod, of unknown name. 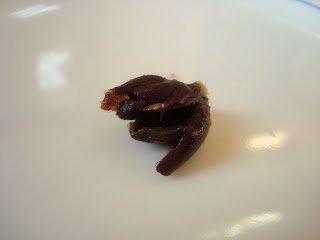 I look forward to my third cup of Ba Bao Cha sometime in December 2010... but until then I think I'll go make myself a nice pot of Alishan!
Posted by Brett at 8:22 PM

Well that's an interesting "tea". Surely there was more green tea in it that that picture right?

Hi Ian! This particular pack was really light on green tea! The whole cup probably only contained about five or six of those tiny little green tea leaves! Barely half a gram.

Wow that is rather depressing. I am surprised you could taste any of the tea at all. The flower must have helped with the color of the soup cause there is not way just five or six of those gave off so much color.
I hope the Alishan was great!

Your post interested me in more than just the tea review aspect. First, I was delighted that your daughter tried the tea. I grew up in a household that allowed children to drink tea, but my husband used to have a hissy fit when I gave "caffeine" to my girls, though he didn't mind giving them Pepsi. They're grown now. One is a tea drinker, the other isn't. The one who isn't doesn't like any hot liquid at all, even soup, so I can't blame the tea.
Aside from that little personal note of sharing about our respective daughters, I found myself agreeing with you about the tea flavored with the flowers and such. I don't much favor flavored teas except for Earl Grey. I'm primarily a strong black tea drinker, Ceylons, Assams, Darjeeling when I'm in the mood for something lighter. When I drink a tea flavored with herbs, flowers, etc, or just plain herbals, it's because I'm in the mood to drink something other than tea but don't want to drink something like juice or soda. I love tea. I just want something different sometimes, a different flavor, but when I want tea, I drink black tea, or sometimes oolong, green, or white.
When I want to drink tea, I want to taste tea, not flowers, herbs, or spices.
On the other hand, Ba Bao Cha sounds lovely for now and then, maybe on a cold evening when it's too late in the day to drink caffeine perhaps.

My local tea room has their own version which is quite tasty. It is the first thing I drink if I suspect I am getting sick. Beautiful pictures. Thanks!