Origin Story: One night in 2008, I had this dream. I was in a youth hostel in Vancouver B.C. watching a young Canadian woman with massive dreadlocks putting away dishes in a cramped kitchenette. I watched her for quite a while as the cups and plates kept popping back out at her from the overloaded cupboard.

Out of the blue, a young man with a shaven head and Northern European accent asked me, "Do you want to play The Princess Shell?" As I turned to face the man, he said, "It is the best game in the world."

I was startled and intrigued. "Uh, OK," I replied. At this, the man reached up to pull a large solid-wood game board off of a high bookshelf. With dramatic flair, he blew all the dust off the board before setting it before us on a low coffee table.

"These small tiles are called Secrets," he explained. "They are blown around the board by an ever-present Wind. This one is the Blind Dog, this one is the Liar's Mask, and this one is called Grandfather's Axe...."

Unfortunately, at this point in the dream, my brain decided I'd had enough intrigue and pulled the plug. Even though it was 2:00 AM, I was too excited to fall back to sleep. With the dream fresh in my mind, I went into our office (now our kid's bedroom) and started making notes. I knew I wanted to make The Princess Shell into a real board game, but I had no idea where to start. After I made a few sketches and notes, I forced myself to go back to bed.

Over the last 8 years, I have worked on my game in fits and starts. Thanks to massive amounts of help from my family and friends, it has evolved into a very original and fun board game with clear, easy-to-learn rules. I named my game SHELL (the "Princess" part of the title was abandoned early on) and it is a game of strategy, memory and luck. I love my game and would like it to reach a larger audience. Visit the official SHELL website here.

Please email me (blackdragontea AT gmail DOT com ) if you...
... have any questions about SHELL (or tea or ukuleles :)
... are in the Seattle area and would like to play SHELL.
... would like to order your very own handmade SHELL board game.
... have connections or advice regarding the board game and/or computer/app industries.


My original SHELL board from 2008 at the start of a new game. 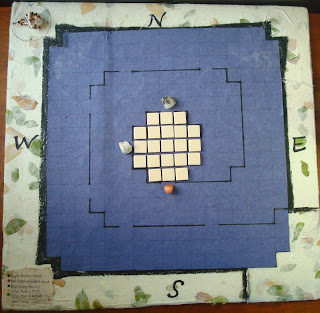 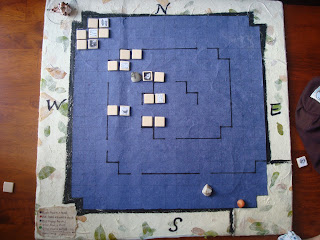 Working on a new handmade SHELL board November 2012! 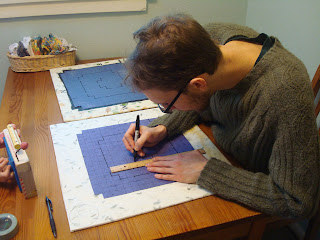 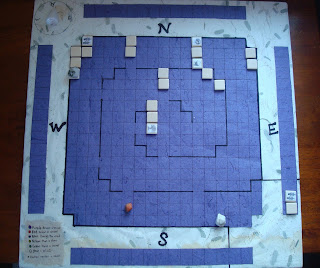 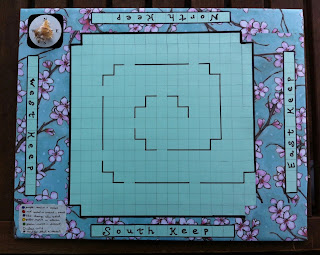 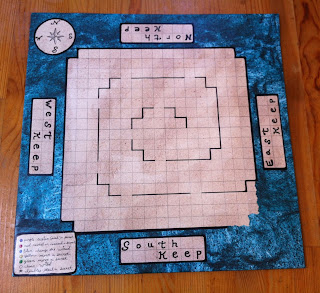 A cool Green SHELL board 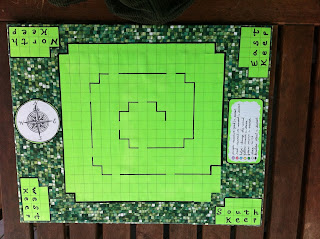