Learning about Liu An

During this last year I have been learning a lot about heicha (黑茶) (literally "black tea" but more often translated as "dark tea"). In the past, this large category of Chinese tea, which includes shu puer (熟普洱), was a mystery to me. I still don't claim to fully understand it but I have now tasted many grades of heicha from Anhui and Hunan provinces and read some great articles about it online such as: What is Heicha or Dark Tea? by Peony Tea, Understanding Heicha or Dark Tea by Walker Tea Review, and Heicha by Teatrekker.

One particularly intriguing type of heicha is called Liu An Basket Tea  (六安篮茶) from Anhui, China. My first experience with this type was several years ago when I read about it in The Art of Tea Magazine (Issue #5). I'd actually never tasted it until we got some at Cinnabar's and my tea shop, Phoenix Tea. This afternoon I'm savoring a 1990's Liu An teas while rereading the article in Art of Tea magazine. 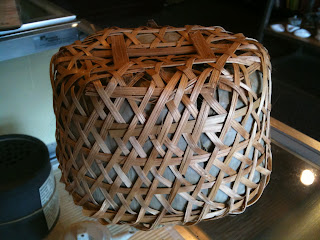 A peak inside the basket: 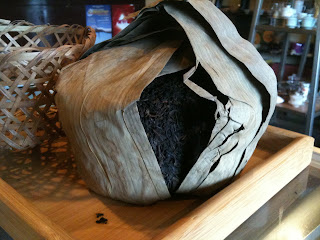 A chunk of 1990's Liu An
(This is what I'm currently drinking.
It's rich, brothy, sweet, earthy and alluring.) 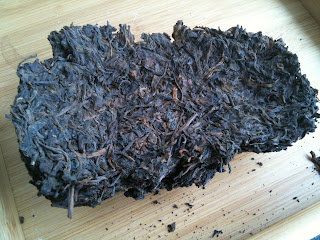 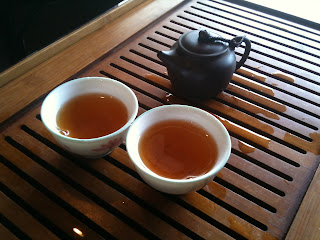 Email ThisBlogThis!Share to TwitterShare to FacebookShare to Pinterest
Labels: heicha, liu an

Welcome the Year of the Water Snake! 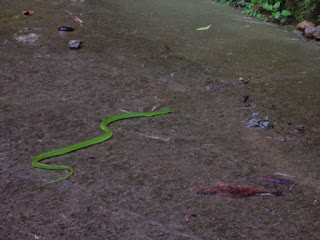