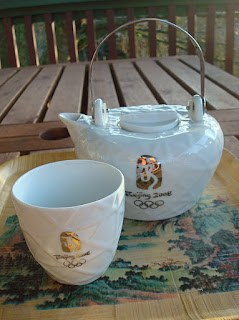 Material: Ceramic
Height (without handle): 8.5 cm
Length (back to spout): 14.5 cm
Volume: 600 ml
Weight: 375 g
Brews: Any type of tea.
Specialty: Unfortunately Koroibos doesn't really brew any teas very well. Sometimes he will make a decent pot, but his lid is too small to fit a basket infuser inside and he doesn't have an infuser in his spout so leaves always slip in and get stuck. The tiny lid also makes it very difficult to get the spent leaves out of the pot once they have been steeped.
Story: Koroibos was a gift from my dear friends S and B who traveled around the world in 2008. They spent time in China while the whole country had Olympic Fever. Koroibos is shaped liked the iconic Bird Nest Stadium (actually called Beijing National Stadium). This stadium is a symbol of many different things to many different people.
Super Powers: Koroibos has super speed. He can run the Stadion race much faster than any other Chinese-made Olympic souvenir!
Posted by Brett at 3:42 PM No comments:

Email ThisBlogThis!Share to TwitterShare to FacebookShare to Pinterest
Labels: League of Pots, teapots

Today was cold and rainy here in Seattle. I made a pot of genmaicha with matcha for my afternoon tea. An unusual choice for me but it really hit the spot. 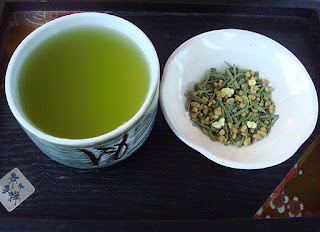 I think bamboo is such a beautiful and fascinating plant. It can be made into all manner of useful things such as tools, houses, musical instruments, paper, clothes, food, etc. In my house we even have bamboo cloth diapers. In Asia there are many myths and stories that equate bamboo with longevity, nobility and elegance. It has also inspired some breathtaking paintings, stunning poems, and the following five haiku. 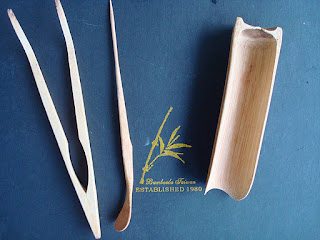 Dearest thirsty guest,
today we will sip as one.
Whip it, whip it good. 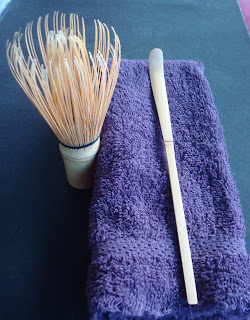 Rode for many miles,
All through jungles dark and old.
Think I lost my bike. 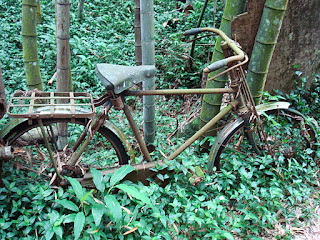 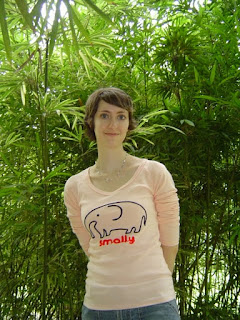 Dude in search of tea,
I hope you can find your way,
among yellow bamboo. 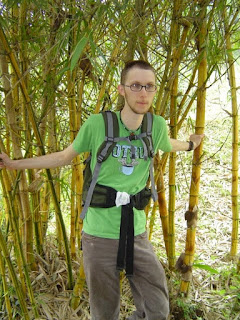 My Urban Herbs series is monthly chronicle of my continued quest to taste an infusion of every nontoxic plant I can find growing around my house. In this month's installment I've selected blackberry leaves. 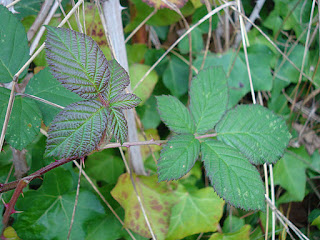 These leaves were picked from a particularly wild corner of my backyard. I took care to select smaller, more tender leaves and not to poke myself on the wicked thorns. It is very important with all urban foraging to be sure you're harvesting in areas without any pollution. Lucky for me, Seattle is filled with such places.

Blackberry bushes can be found all over the northwest and in the late summer I certainly eat my fair share of their ripe sweet berries. I've never tried infusing blackberry leaves before but I've recently learned that many people do, and that certain medicinal effects are attributed to the beverage. Some sources suggest the infusion is a good source of vitamins C and E, good for fighting colds and flu and for relieving sore throats.

I chopped up eleven fresh leaves of varying size and steeped them for 10 minutes in ~6 ounce of boiling hot water. 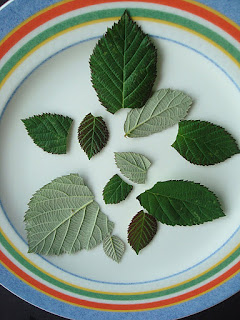 The resulting brew was light yellow and had a delicate grassy, citrus aroma. The flavor of the infusion was similar. It yielded wild weed and grass-like notes with soft peaks of citrus peel and tart blackberry flavors. It was a little tannic but not unpleasant. I think if I were to drink this herb again I would try picking more leaves, drying them, crumbling them up and make it a bit stronger.
Posted by Brett at 11:15 AM No comments:

I was lucky to visit Red Blossom tea company back in 2007. One of several treasures that I purchased during that trip was their Aged Wenshan Baozhong oolong tea. I was told that it was made in the "early 80's." 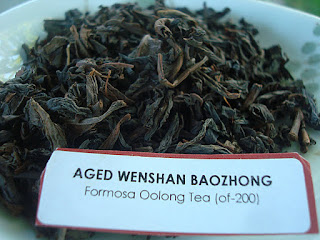 I was curious to know if they still had this exact tea in stock so I emailed their customer service department. I quickly received an informative response from Red Blossom's Peter Luong.

"When we made the original purchase of the 1980's Aged Wenshan, there were two distinct batches. They were similar age range and from the same source. The appearance of the leaves were slightly different but nearly identical in character/taste/aroma. I think we were working off the first batch when you made the original purchase, and have gone on to the second batch."

So it sounds like you can't actually buy this tea that I'm about to review. Oh well. I'm going to write about it anyway.

I filled my small gaiwan ~half-full of dry leaf and gave it a 3 second rinse with boiling water. The fragrance off these damp leaves was breathtaking. It smelled earthy and roasty with luscious brown sugar and raisin notes.

I was surprised by the dark color of the liquor. It looked a little bit like a cup of Da Hong Pao oolong. 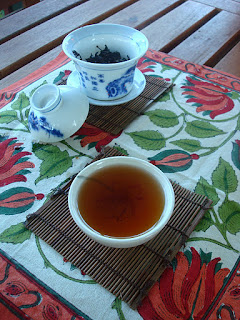 The richness of this tea was deep and mystifying. As I sipped, I felt soothing energy spreading down through my shoulders, arms and hands. It presents subtle wine notes like oak, plum and blackberry along with fire notes such as wood and charcoal.

This tea is complex, full-bodied and slightly sweet. It is very much what I'm drawn to these days.
Posted by Brett at 12:10 PM 2 comments:

Six and a half years ago I set aside ~4 ounces of fresh spring 2005 Wenshan Baozhong (文山包種) tea in a tall mason jar with a screw on lid. One year later I did the same with my 2006 Wenshan Baozhong, but this time I used a shorter jar with a rubber gasket lid.

Since that time the leaves have been stored in the dark corner of a bookshelf, behind a curtain, along with my humble puer collection. I have only opened them once, a few years back, to take a little sniff.

Today will be the first time I've cupped them since they were new. 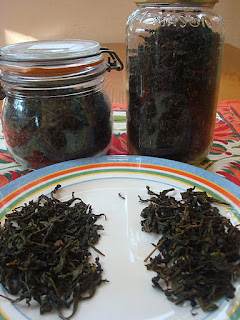 I chose two identical glass mugs for this cupping. In each mug I used 2.5 grams of leaf and 80 ml of boiling water. I sipped directly from the mugs and added more water several times. 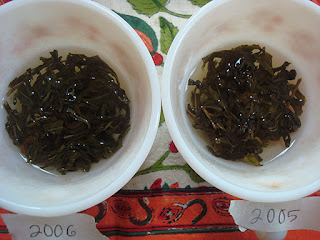 I realize that today's cupping will provide me with very little useful information. This is because I do not have any notes or memories (except the notion that they were once really good) about how these two teas originally tasted. So today I will just describe my impressions so that I'll have a useful "baseline" a few years later when I decide to repeat this cupping.

The flavor of 2005 was slightly darker and earthier and its aroma was a bit mustier. It was still a little bit floral and had a nice thick mouth-feel. I also perceived a soft ocean flavor in this tea.

In contrast, the 2006 drank much more like a new tea. It had a delightful lilac aroma and a crisper medium-body with buttery notes. Perhaps the rubber gasket sealed in more freshness?

Both teas were long lasting and soaked for hours without bitterness. All in all I was pleasantly surprised by the taste of these two teas.

Although these two specimens are both spring Wenshan Baozhong teas from Pinglin, Taiwan they really have little else in common. They were made at different times by different people on different farms. But now they share the same fate. I'll now put them back in their little hide-away to await the next cupping.
Posted by Brett at 1:49 PM No comments: