Me and my girls (Alanna and baby Cora) just returned from a short but wonderful vacation to Maui, Hawaii. We rented a little condo in Honokowai (just north of Lahaina). The condo was across the street from Honokowai beach park and practically next door to a groovy little health food store and a farmers market! Needless to say we were in heaven! The condo was well stocked with all the basic things we needed to cook our meals and it even had some beach stuff and a cooler we could use. The only thing it lacked was a teapot. As you may already know "coffee is king" in the Hawaiian islands. International love for Hawaiian coffee has been increasing ever since the 1800's when they first started growing it. I didn't mind the lack of a teapot too much. I had brought along a good infuser and some very nice teas. We had: Kama Assam from India's Satrupa garden, Spring 2008 Lishan High Mountain oolong that I had brought home from my May 2008 trip to Taiwan, and some very tasty Sencha green tea that a friend had brought me after she spent a few weeks in Japan. Alanna and I would start each day with a nice mug (or two) of hot tea, (the mugs at the condo, appropriately, had palm trees and pineapples on them), then we would make an infusion to pour over ice after we returned from our daily adventuring.

On the flight to Maui I was very excited to read an article in Hana Hou magazine called: The Archipelago of Tea. It was about real Hawaiian tea being produced on the Big Island! The production of which is still very small, but the tea farmers and other people involved seem to be truly passionate about making great teas. The article made it clear that Hawaiian tea is crafted with tea connoisseurs in mind and that the farmers view their own tea production as an artistic outlet. It sounds like my next trip to Hawaii will have to include tea on the Big Island!

I have tasted real teas from all over the world including: India, China, Sri Lanka, Taiwan, Kenya, Malawi, Indonesia, Malaysia, Korea, Vietnam, Thailand, Georgia, Nepal, Japan, South Carolina, and Washington State, but I've yet to have any genuine Hawaiian tea. Alanna and I searched for it while on Maui, but we were unable to find any. Thanks to a great post by Another Tea Blog I have a few leads and links to share. Onomea, Tea Hawaii, Big Island Tea, and Mauna Kea Tea. I plan to order some samples soon and I'll let you know what I think in the future. 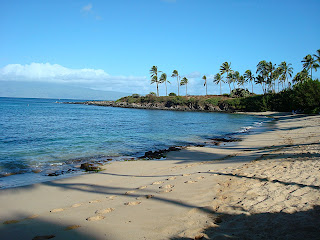 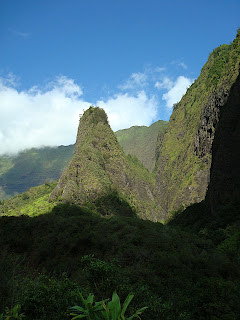 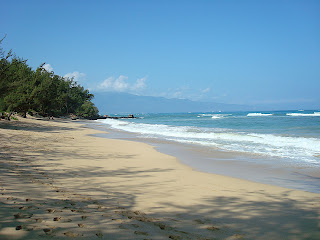 The pictures look beautiful! It is crazy to think that you will be essentially ordering "american" tea.