Today I'm reviewing an interesting oolong called Anxi Rougui. Anxi is the name of a county (famous for Tie Guanyin / 鐵觀音) in China's Fujian province. Rougui (肉桂), which means cinnamon, is a tea plant cultivar. My business, Phoenix Tea, is the primary American source for this tea.


I've had several wonderful experiences with Rougui oolong from the Wuyi mountains. Those teas were all darker and more heavily roasted teas with long twisted leaves. This tea, on the other hand, looks like a greener Tie Guanyin. 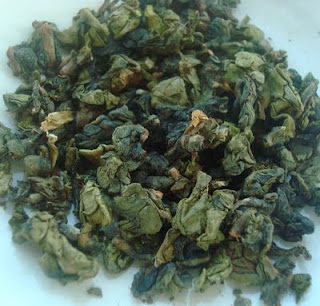 Despite its greenish color, the dry leaf smells rich and roasty with a promising hint of cinnamon aroma.

The brewed liquor is also a bit darker than I would have guessed and very sweet smelling. It reminds me of when I make granola and the whole house smells amazing all day. 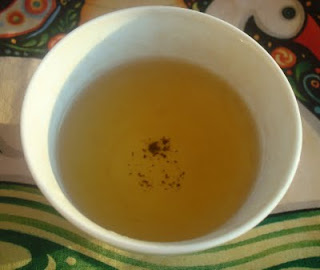 The flavor is satisfying and toasty. At first it struck me as a somewhat savory, herbaceous Tie Guanyin-like tea. It lacks slightly for body but it makes up for it with great complexity. The strong cinnamon-like notes don't hit me right away, but instead they wait until I've taken a breath after each sip. At that point there is a distinct icy-hot cinnamon sensation in the very back of my mouth and tongue. 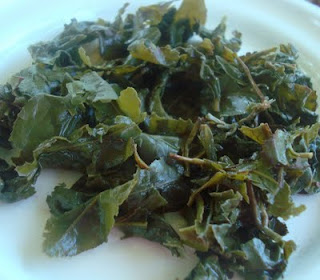 I'm really enjoying this tea and look forward to drinking it more often in the Autumn.
Posted by Brett at 12:02 PM

These are great pics, sorry I missed you at MLK. I was just there and can't go back but I hope your session goes well.

The oolong I tried yesterday looked amazing as I got ready for the second infusion. These tea creators are incredible.